Waiting for the Blue Knight 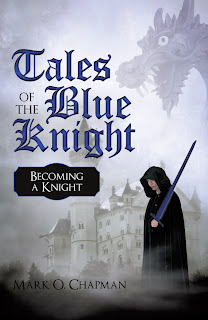 The proofs are in, changes are made, now we wait for Tales of the Blue Knight: Becoming a Knight. I am waiting for my book to be set at the printer and it will be published. They will send me a copy of each to proof and make certain that the printer setup didn't mess up formatting. I am now moving on to marketing. I am working on printing the materials i will need (business card, bookmarks and postcards). I was told about a great site that prints them for cheap called gotprint.com (thank you Robin).
I am very proud of this book, it was the first novel that I ever wrote and I have a draft of the sequel written and the third book mapped out. I actually started writing this book back on college and my last teacher encouraged me to keep writing after I graduated. I remember sitting in his office and being blown away when he told me to take a menial job after school to give myself time to write. That was Wayne Ude, he is a great teacher.
Posted by Mark O. Chapman at 6:33 PM No comments:

I also have my current novel, Scout Squad: Going Native out with a book club. When they are ready to discuss, I am going to go to speak to them and answer questions. I told my friend, who is in the book club, that I would offer up the books for free to read and if they wanted the books after reading them, I would sign and sell the books to them. I am excited about it...my friend already told me one of the readers said he likes the book and wants to buy it.
Posted by Mark O. Chapman at 5:37 PM No comments:

Today, I recieved an email from the publishing company with my interior proofs of my book and the cover proofs for both the paperback and hardback books. I have some minor tweaks I would like to make on the cover, but overall, I am very happy with the graphics. I think the cover reflects the book much better than the cover of my first book.

Now starts the process of changing the back cover copy of the book to be stronger and then I have to proof the interior of the book. I can make up to fifty changes free, but I feel strongly that I will not have that many changes. This book has been edited much better than my first one to date. I am happy with the package, although, I feel that the price is still too high. I cannot wait to post the graphics, but not until I have the final copy.

Thanks for stopping by...

Today I got the final review sent back from my publishing company on Tales of the Blue Knight: Becoming a Knight, and I had to brush up a few more items. The edit is complete. I sent the file back to them and now I can focus on the next items. I have to get the cover worked on and the copy materials for the cover worked on as well. Stay tuned.
Posted by Mark O. Chapman at 7:34 PM No comments:

My First Book in Kindle format

Today marked the first time I have a book in Kindle format for Amazon. Scout Squad: Going Native is in Kindle format and selling. My brother was the first person to download it. I don'thave a Kindle, but I think it is an exciting way to read books. The same problem stands now as before: getting out the word. I am learning many new things about publishing and promotion. I hope to be coming up with a new plan to get the word out about my book.

This is my first post on my new blog, welcome and feel free to leave comments. 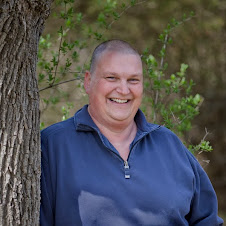